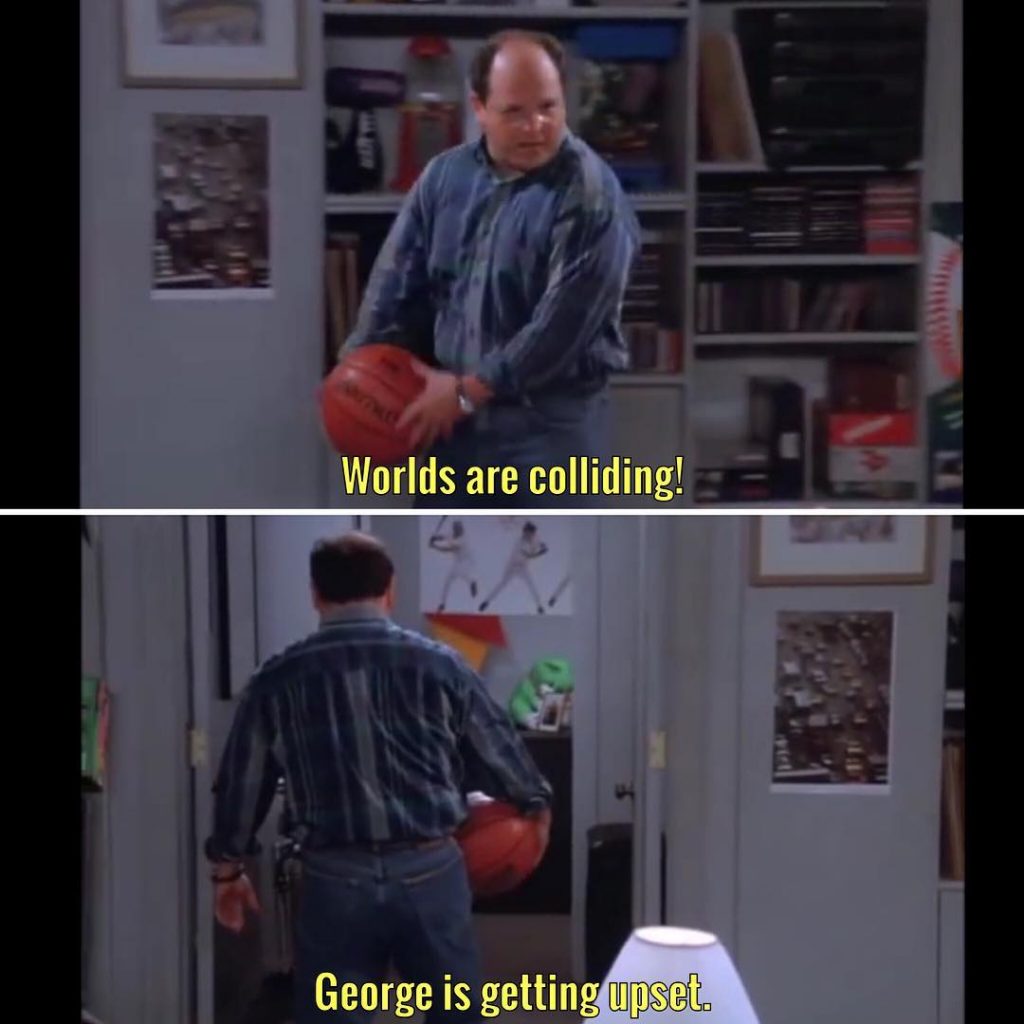 Don’t you know the worlds theory?! George’s worlds are colliding! Elaine and Susan begin hanging out. George is getting upset!