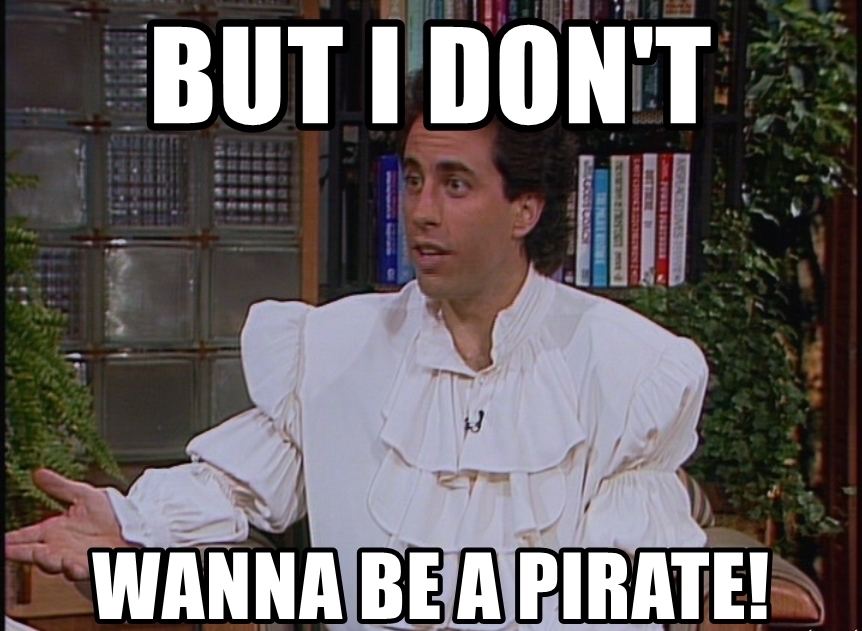 Jerry Seinfeld – “But I don’t want to be a pirate!”