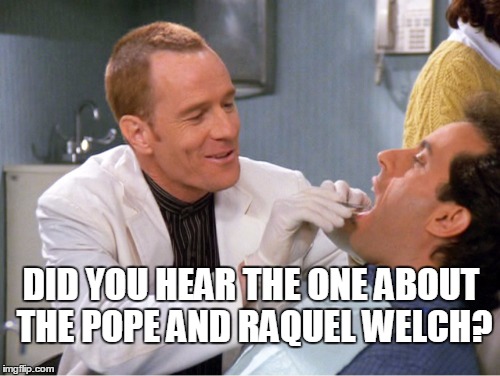 Tim Whatley (Watley) – “Did you hear the one about the pope and Raquel Welch?”