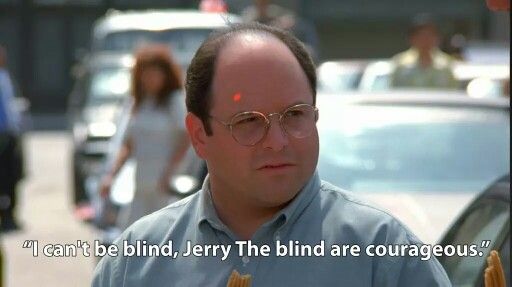 George Costanza is worried the laser is going to blind him. He slowly moves his eyes to look at Jerry and says, “I can’t be blind, Jerry. The blind are courageous.” 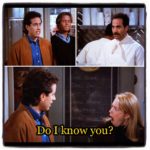 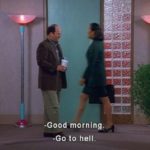