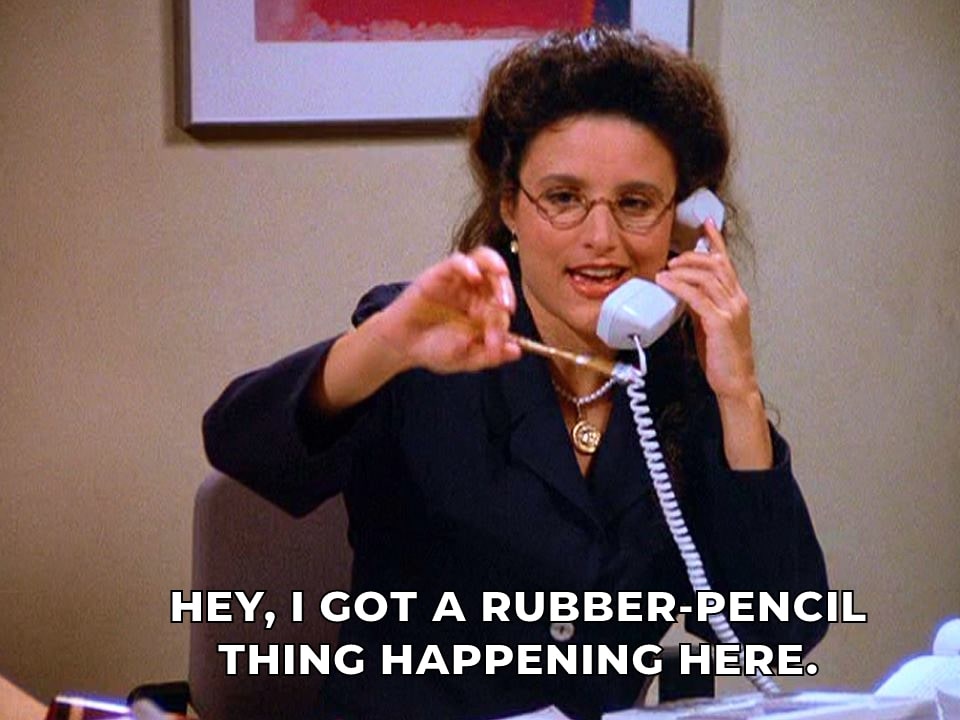 Elaine Benes – “Hey, I got a rubber-pencil thing happening here.”