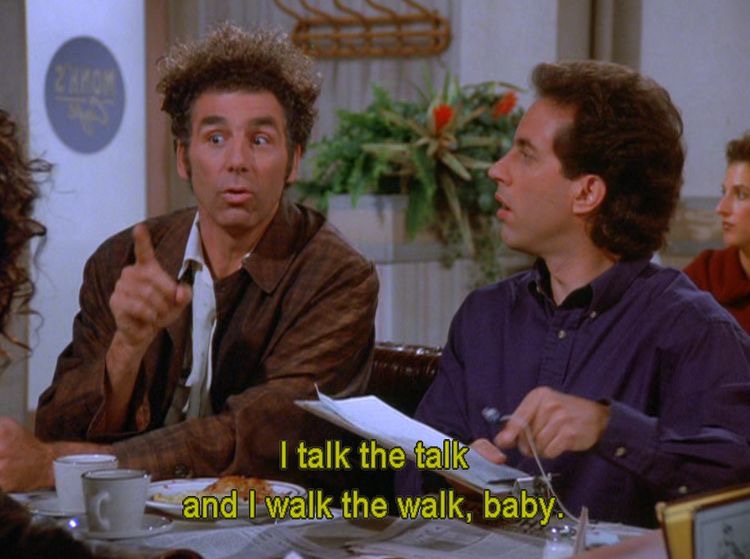 Kramer knows what he’s doing – I talk the talk and I walk the walk, baby.