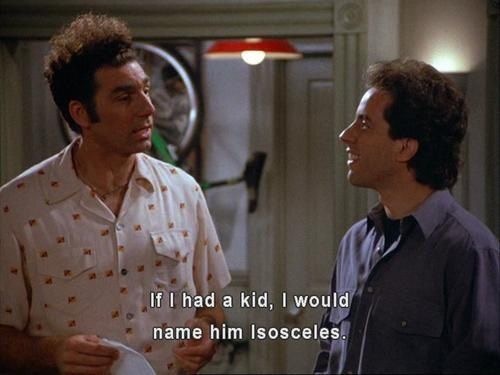 Kramer: “If I had a kid, I would name him Isosceles”