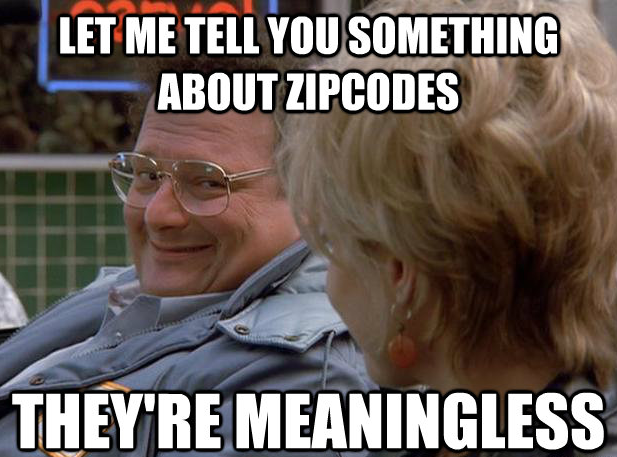 Newman, a USPS mail carrier, knows about zip codes. He understands that they are meaningless little numbers that serve no purpose other than annoying the everyda… anyway.

Newman is a recurring character and occasional antagonist on the television show Seinfeld, portrayed by Wayne Knight from 1991 until the show’s finale in 1998.

Newman is Jerry Seinfeld’s nemesis and a frequent collaborator in Kramer’s bizarre schemes. Often described as Jerry’s “sworn enemy” (“The Andrea Doria”), Newman is cunning and often schemes against Jerry. He speaks often in a humorously sinister tone. Jerry refers to Newman as “pure evil” on more than one occasion. Jerry’s trademark greeting for Newman is to say “Hello, Newman” in a snide and condescending tone, while Newman responds “Hello, Jerry” in a falsely jovial tone. 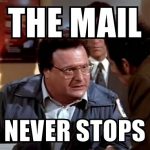