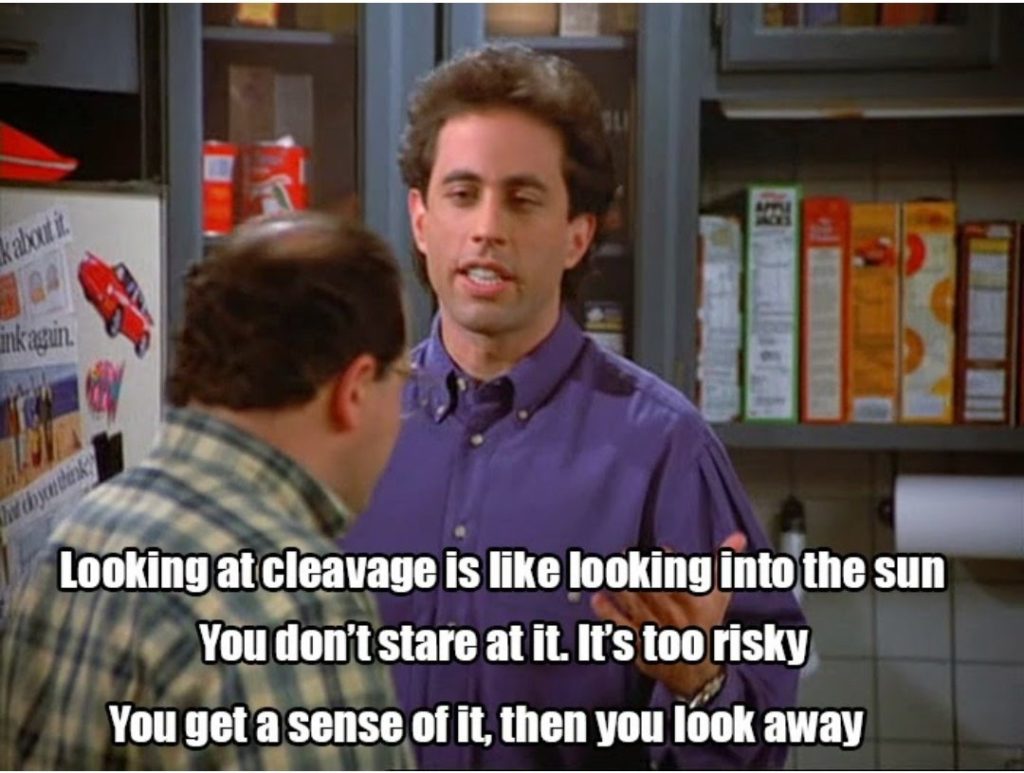 Jerry Seinfeld to George Costanza – “Looking at cleavage is like looking into the sun. You don’t stare at it. It’s too risky. You get a sense of it, then you look away.”