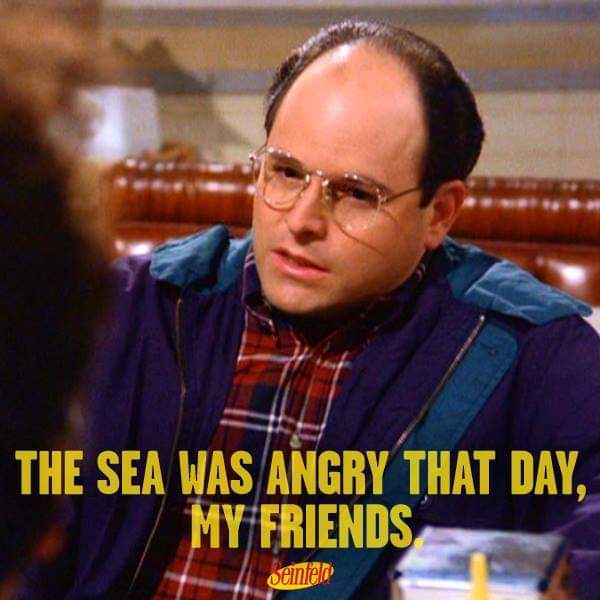 George Costanza – “The sea was angry that day, my friends.”

A hole in one!