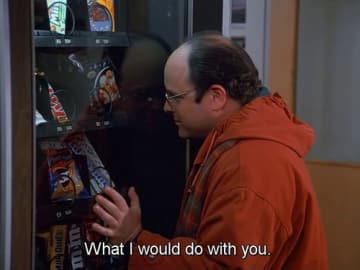 George Costanza is incredibly hungry while waiting for Jerry to buy a car.

“What I would do with you” 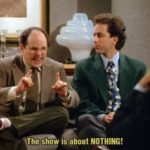