George’s Girlfriend – “Would you like to come upstars for coffee?”

George Costanza – “No, thanks. I can’t drink coffee at night. It keeps me up.” 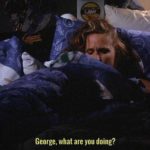 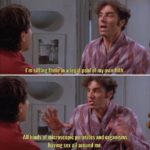