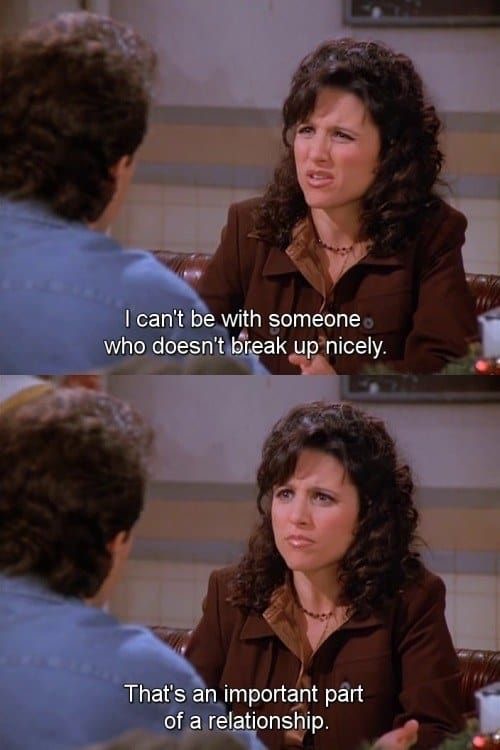 I can’t be with someone who doesn’t break up nicely. That’s the most important part of a relationship! -Elaine