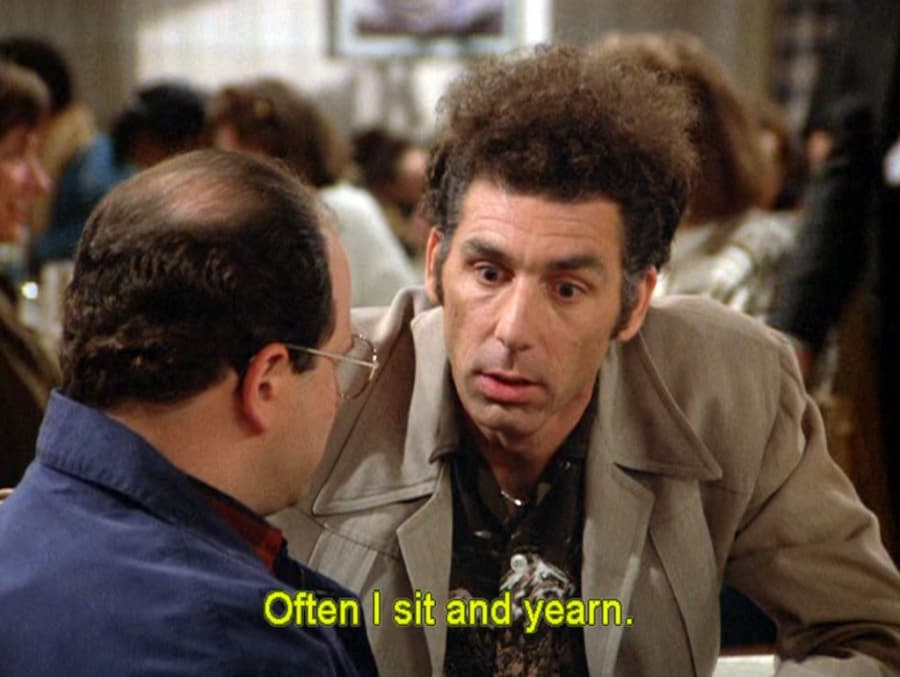 KRAMER (moves over and sits next to George): Do you ever yearn?
GEORGE: Yearn? Do I yearn?
KRAMER: I yearn.
GEORGE: You yearn.
KRAMER: Oh, yes. Yes, I yearn. Often, I…I sit…and yearn. Have you yearned?
GEORGE: Well, not recently. I craved. I crave all the time, constant craving…but I haven’t yearned.
KRAMER (in disgust): Look at you.
GEORGE: Aw, Kramer, don’t start…
KRAMER (moving back to the othe side of the booth): You’re wasting your life.