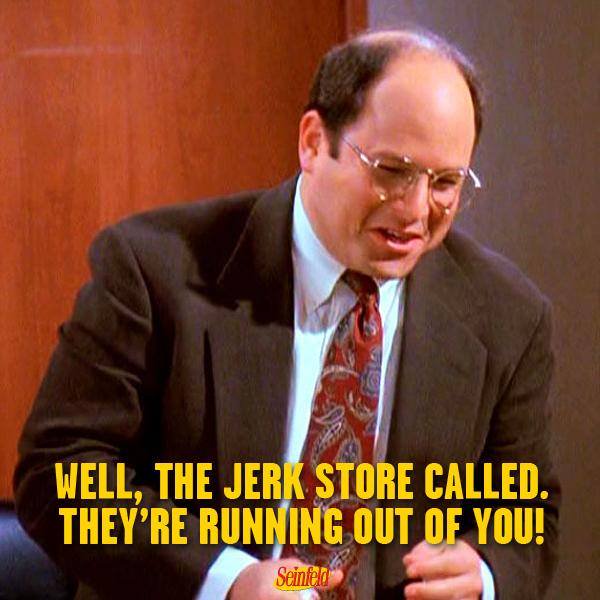 George Costanza from Seinfeld – “Well the jerk store called. They’re running out of you!”