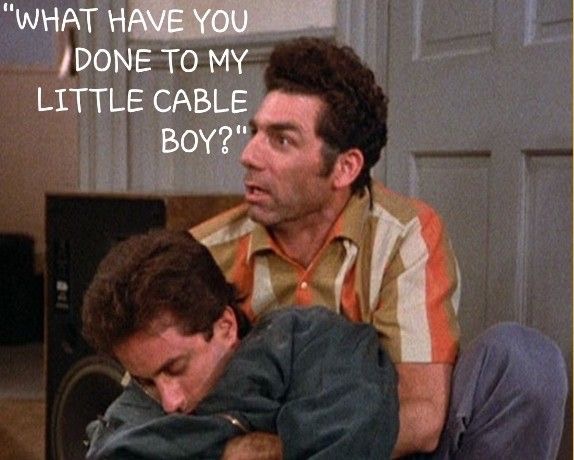 Kramer grabs Jerry, who just suffered a gunshot wound, and shouts “What have you done to my little cable boy?” 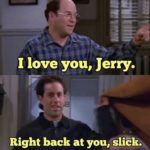