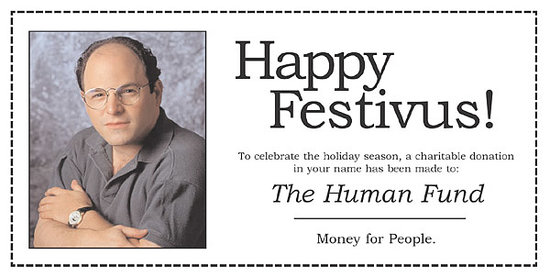 Happy Festivus. To celebrate the holiday season, a charitable donation in your name has been made to The Human Fund. Money for people.