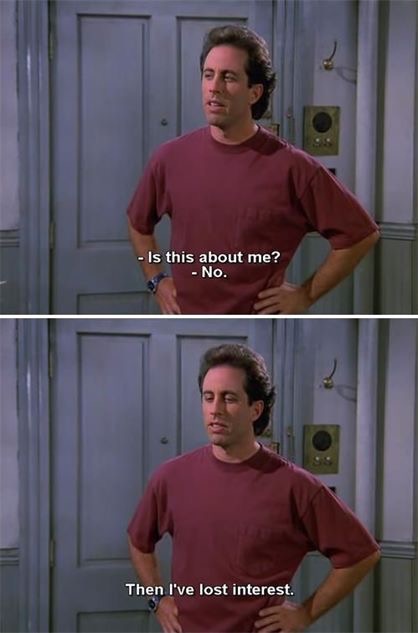 Jerry Seinfeld – “Is this about me?”